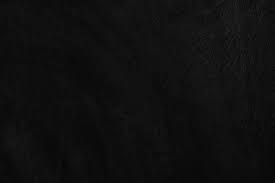 This is a Not a Solidarity Platform

First: Black Lives Matter. That is the position from which all conversation must begin right now.

Second: These are inherently incomplete and imperfect thoughts. I apologize for omissions, lack of clarity, or any language that in any way does not signal my commitment for justice and equity. I am writing this in the spirit of sharing thoughts as crisis unfolds. Please communicate any ways this post could be improved, and I will gladly make edits.

END_OF_DOCUMENT_TOKEN_TO_BE_REPLACED

Look, if Parasite can pull this off, it will be one of the most genuinely amazing Oscars victories of the last…20 years? But don’t hold your breath. Despite broad love and a Screen Actors Guild victory, this is 1917‘s to lose: After winning the Golden Globe, the Producers Guild, the Directors Guild, and the BAFTA, it’s a functional lock for Best Picture.

The proper comparison here is Roma last year, a movie I got tricked into predicting would win Best Picture. Despite winning Director, Roma could not pick up both International Feature and Best Picture, and it seems like that’s going to continue to be the trend.

Having said that, the Best Director category makes this something of an interesting race (I guess?): Since the Oscars moved to a weight ballot system for Picture in 2011, Picture and Director have gone to two different movies five times, and the same movie three times (The Artist, Birdman, The Shape of Water). There is a demonstrable shift in how Director is awarded–often to more technically complex movies (like 1917), with Picture going to the more “generally popular” movies the Academy likes to reward (with the exception of last year’s Movie That Shall Not Be Named). So it’s possible–though unlikely–Mendes will win Director as part of a 6 or so win evening for 1917, while Parasite wins 3-4 (Picture, International Feature, Screenplay, and maybe Editing).

The other recent history folks making this argument will point to is 2016, where La La Land won all the major awards 1917 has, won 6 Oscars including Director, and still lost–famously–to Moonlight. But that year was a clear anomaly, and part of what made Moonlight‘s victory so special (envelop faux pas aside) was that it was an actual upset.

Don’t use anomalies to make bets. The consensus is around 1917.

The acting categories are all a snooze fest this year in terms of competition, but at least three actors I adore will finally get Oscars. And also Renee Zellweger will get a second Oscar.

Will Win: Brad Pitt, Once Upon a Time…in Hollywood

After winning the Writers Guild and the BAFTA, Parasite is in a good position here and I would love to see it win (and if it wins here, that can add some fuel to the fire of its potential upset at night’s end). Tarantino has the Globe and broad support for his film. He’s won this category twice (most recently, with Django Unchained), which both helps and hurts him here.

I’m leaning on Jojo winning after it nabbed both the BAFTA and WGA, but The Irishman won the Scripter Award and jeez I just want Little Women to win this so dang much. Really hoping for a delightful surprise in this category.

Will Win: For Sama

Jojo won the Costume Designers Guild, where Little Women was somehow NOT nominated, and Women won the BAFTA. I have a slight hunch Jojo will repeat at the Oscars because of the film’s broad appeal, but Costume Design is usually a place for a film to earn its only win, and it is a category that routinely awards period pieces with lots of dresses.

This one seems largely between Parasite and Ford v. Ferrari, the latter of which is exactly the kind of movie that wins this category quite often. Both seem like very solid predictions. I’d say Parasite needs to win here if it’s ultimately going to upset the evening.

Will Win: Once Upon a Time…in Hollywood

I’m betting on OUaT‘s “home field advantage”–its recreation of late-60s Los Angeles is one of its major selling points, and can edge out 1917, the other likely candidate to win this. If 1917 wins here, it could be part of a wider, 7-8 win evening.

One of the moments I’m most looking forward to, actually.

Although really want The Irishman to just win something. I fell in love with so many movies this year. As always, I missed a lot of things I’ll hope to catch in the coming years, but this is a deep roster that moved me and thrilled me. Don’t take the rankings too seriously, especially with a crop of films this good.

END_OF_DOCUMENT_TOKEN_TO_BE_REPLACED 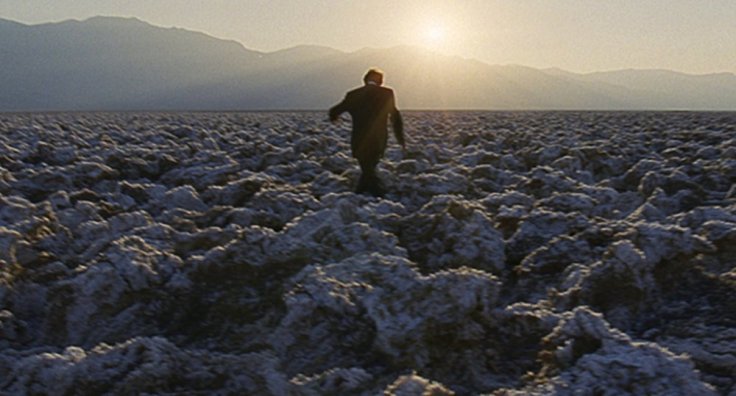 In the great spirit of list-making and marking the transition from one decade to another, I offer you my 25 Favorite Movies of the 2010s.

I made a ground rule for myself: Because I am, in my heart of hearts, an auteurist, I decided to only include one film per director, lest this become an overflow of love for folks like Scorsese, Lanthimos, Gerwig, and PT Anderson, whose work routinely hit me hard and deep throughout the decade.

Additionally, it often takes me several years to really figure out how I feel about a movie, so there ended up being an odd and unexpected lack of 2018-19 movies on this list. This is in part because of the auteur rule above. For instance, Lanthimos’s The Favourite was my top movie in 2018, but I chose his The Lobster for this list. If I were to make this list again in a year, who knows what would be where.

Finally, I’ve chosen to present these without commentary, but I’d like to include a note on why Twin Peaks: The Return is on this list. One of the most interesting “stories” of this decade, for me, is the increased blur between what “counts” as a movie and as a television series. Twin Peaks is kind of both to me–and I think it’s kind of both for Lynch and Frost, who have explored Twin Peaks as television series, movie, and novel over its lifespan–and it’s here mostly because I can’t help myself.

It’s all for fun, don’t read too much into things. But in the event that you do, my apologies for my evident biases and obvious omissions. 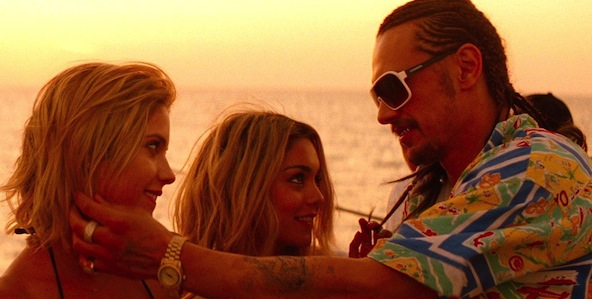 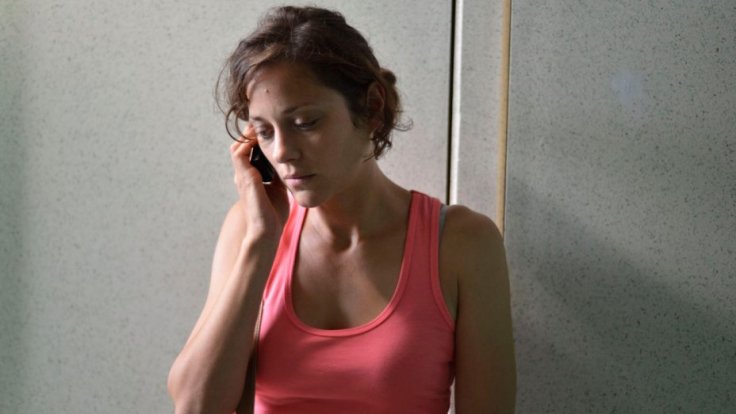 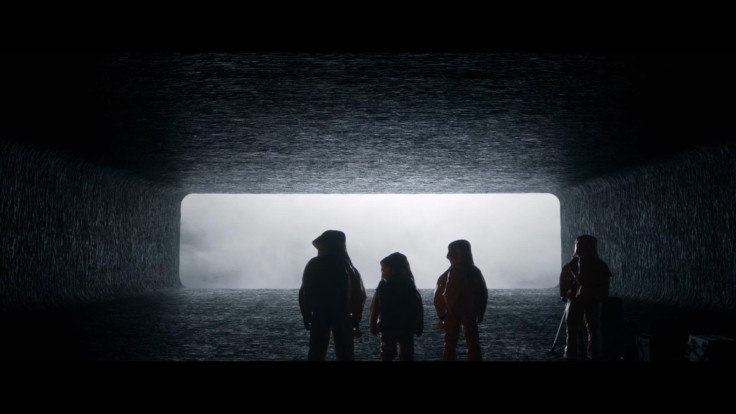 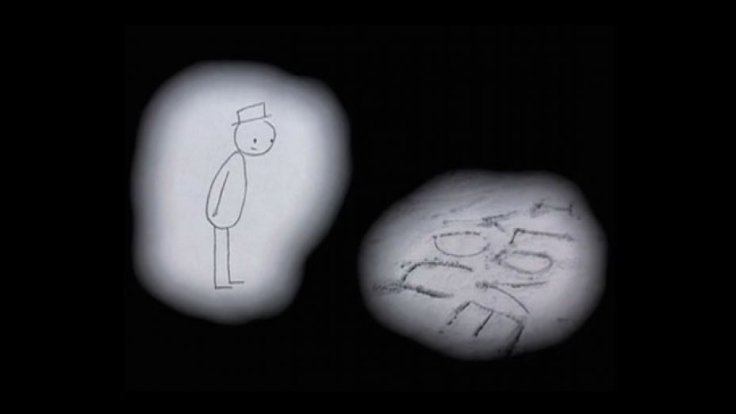 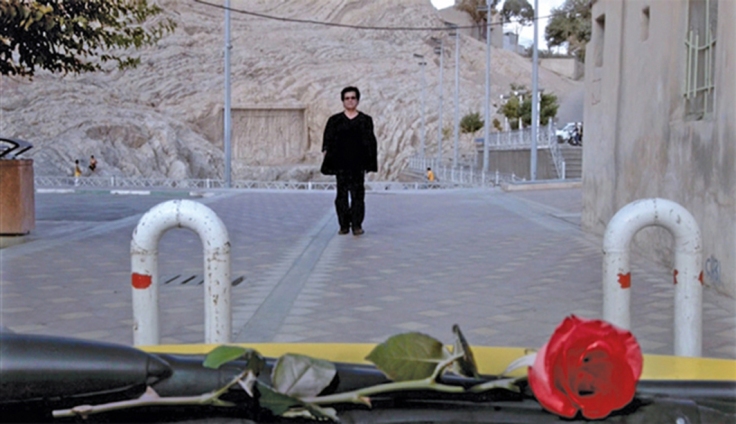 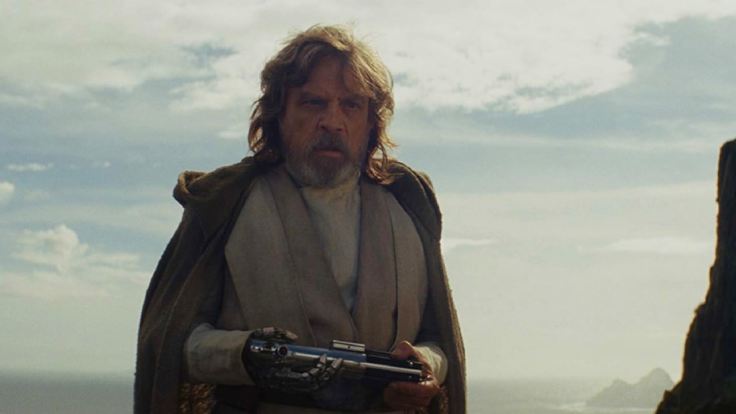 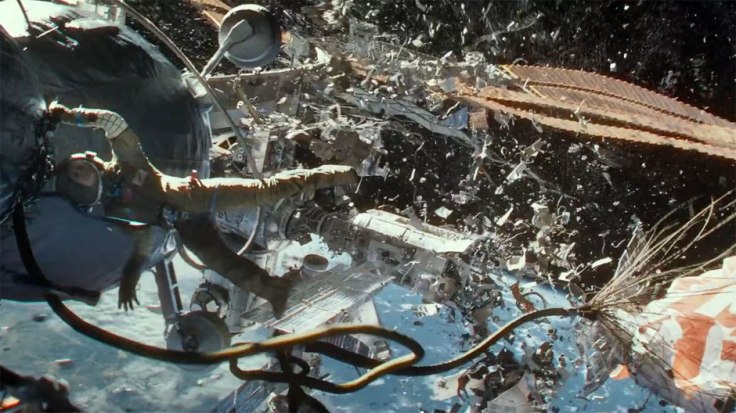 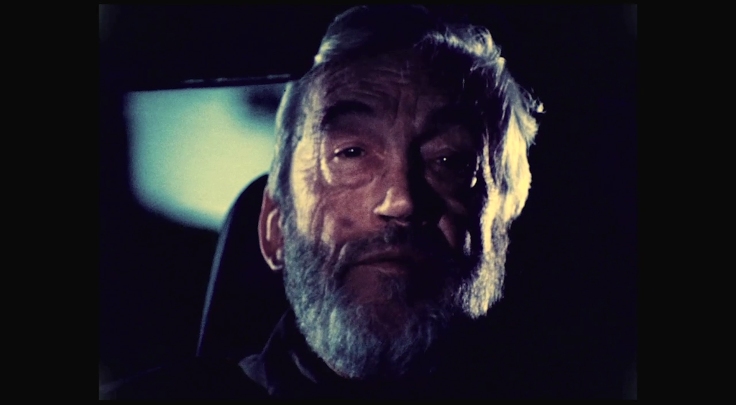 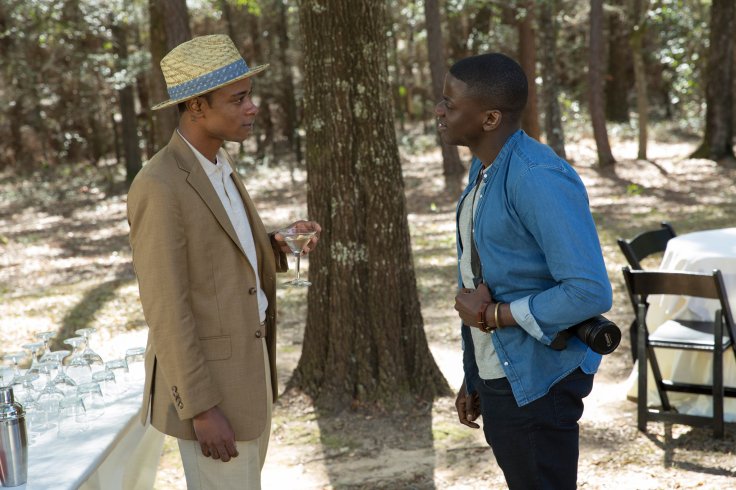 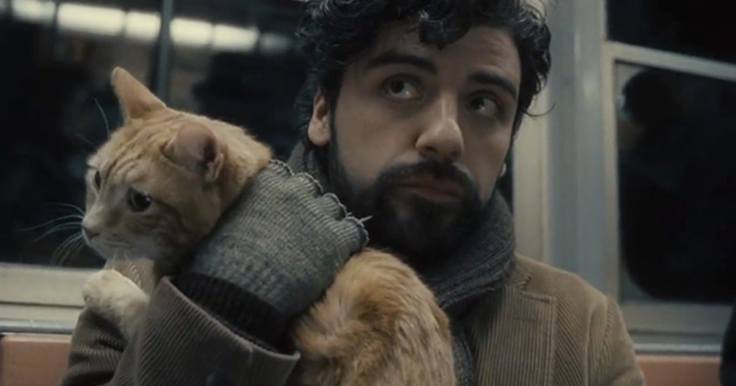 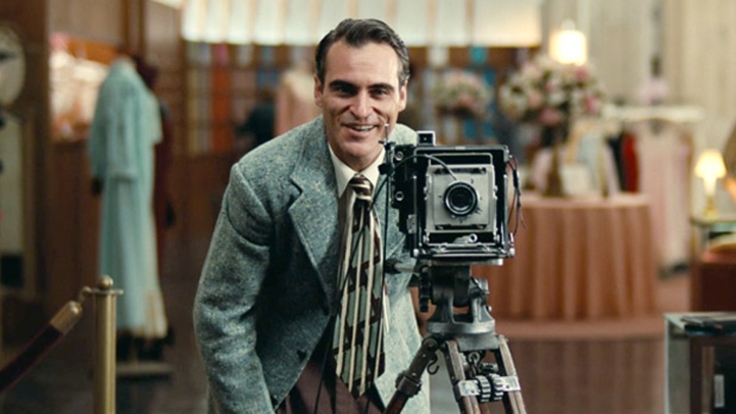 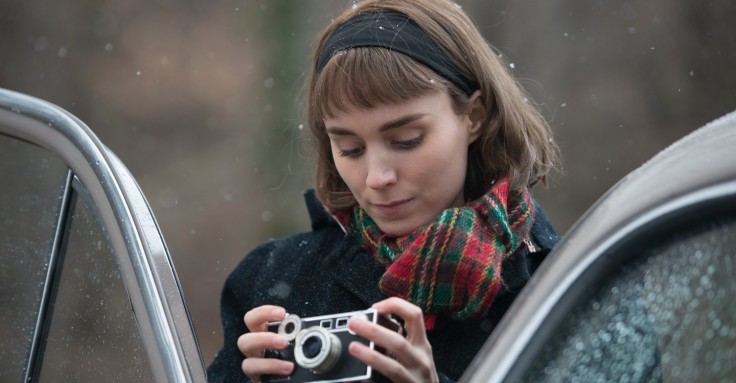 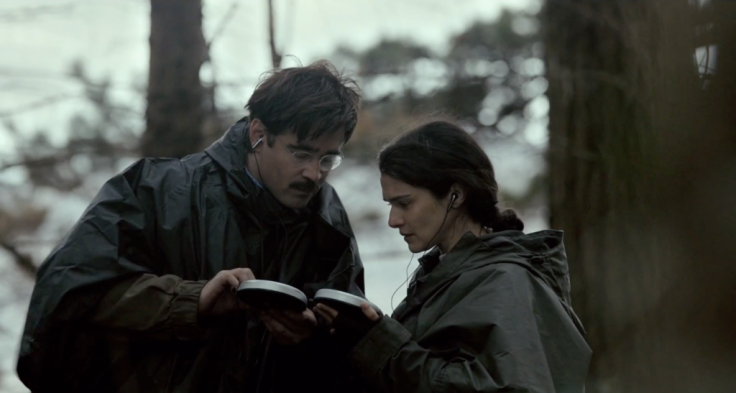 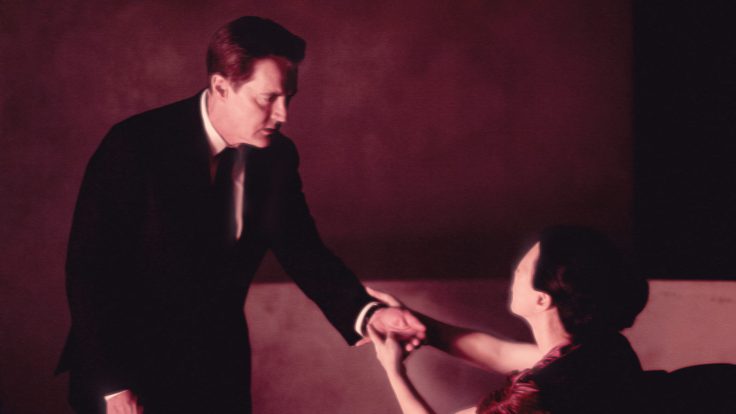 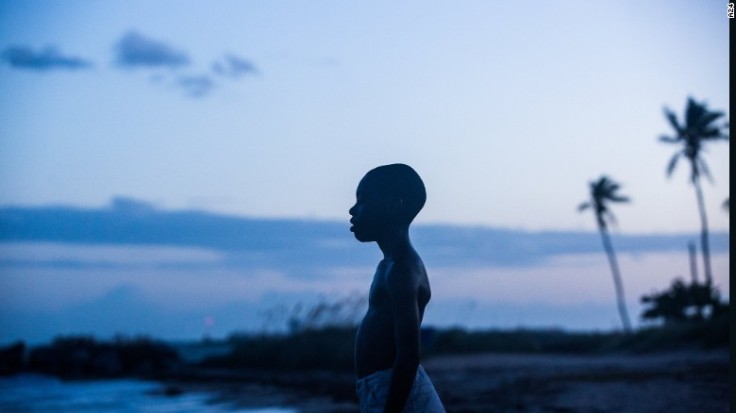 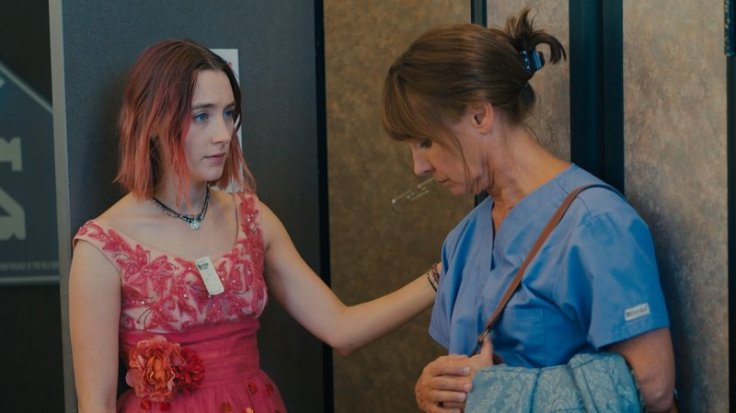 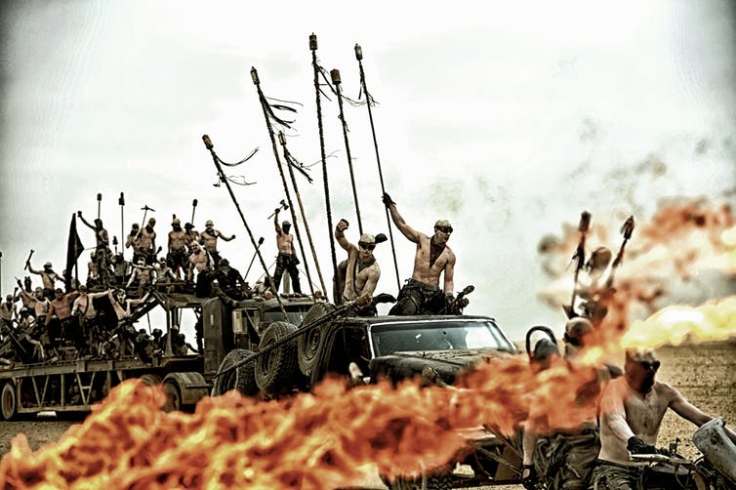 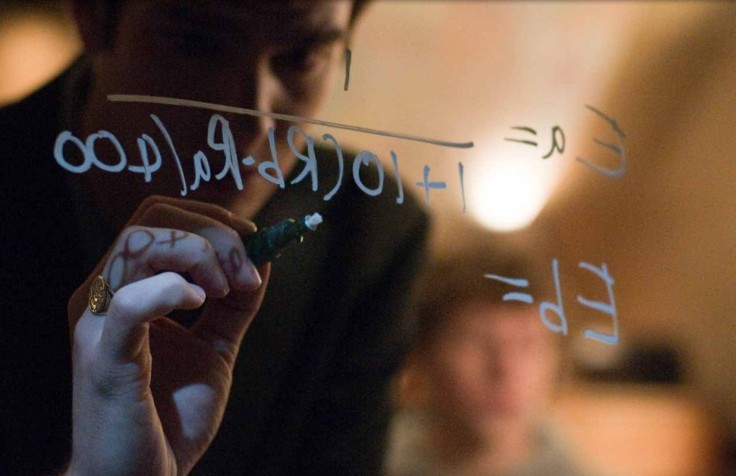 Over my first year at Clemson, almost all of my colleagues have asked me: So what are your favorite movies?

In the spirit of answering that question, I’ve returned to and overhauled my Personal Canon of favorite movies for the first time in five years. Instead of ranking by preference–a task that increasingly seems herculean–I’ve listed these chronologically, and with no real captions or context.

Here are one hundred movies I love, and that have special resonances and meanings to me. There are many biases, there are many omissions, but here ya go:

END_OF_DOCUMENT_TOKEN_TO_BE_REPLACED

Preface: In an effort to be more reflective and public about my teaching, I am trying to find time to blog about my courses. I will keep these relatively abstract so as to protect my students’ right to privacy, and they will all be written somewhat hurriedly to try and offer a brief way to collect and distribute thoughts and connections I find meaningful. Please forgive any lack of precision or rigor, and please accept this as an invitation for further conversation.

This past week in my undergraduate Critical-Cultural Communication Theory course, we have worked through what the concept of culture means, and how this concept can help orient the study of communication. I had students read Raymond Williams, “Culture is Ordinary,” and James W. Carey, “A Cultural Approach to Communication.”

The idea here was to help students see that theory does not have to be abstract, but works best when we ground it in lived experience, and use it to create larger understandings of complicated phenomena.

There were two main nuggets I hoped students would get to take away with them as we started this course:

END_OF_DOCUMENT_TOKEN_TO_BE_REPLACED

As I start my work at Clemson University, I wanted to re-launch my blogging. Since I went to Indiana in 2013 to begin my PhD work, I’ve mostly relied on Twitter for blogging, preferring its ephemerality and compactness, and the ability to get immediate and direct feedback.

For a number of reasons, I’m growing tired of Twitter. Yes, the caustic anonymity of the site is a problem, as is its (intentional or not) harboring of supremacist viewpoints. But I’ve been inspired by a quote from Siva Vaidhyanathan’s recent Anti-Social Media (and I’m paraphrasing):Facebook is good at declaration, and bad at deliberation.